Lyrics for: I Wouldn't Sleep With You, Good Days Coming, Facts Of Life, Bogeyman (2 Versions) & Left For Dead (2 Versions)

* This song was recorded during the 1997 Music From Van Pires sessions. Unfortunately, it was deemed too raunchy for a children's TV show, so it was left off the soundtrack. However, due to complications with the contract, the album was never released during the run of the show (1997 - 1998). When the album was finally released in 2000, the song could have been included as the <cancelled> TV show was just a distant memory. From my understanding, the song was co-written with John Entwistle's bandmate, Alan St. Jon. Perhaps one day it will see a proper release. 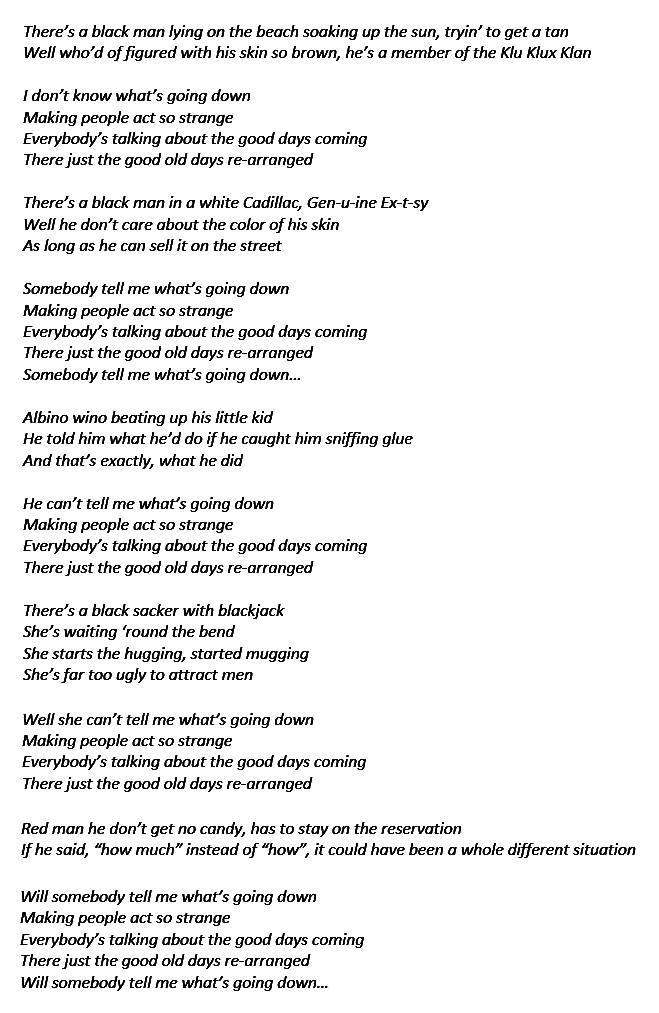 ** This song was recorded in a different time period (the mid 1970's), where song lyrics like this weren't so... shocking? John was infamously known for his black humor and this song might be the best example of it. Can a song like this ever see the light of day? (Probably not via a large record company.) However, if someone with the rights to John's music could release this song as a "b" side to "I Wouldn't Sleep With You" <above> and sell it via a small label release? Anything's possible...

*** This song was recorded as a demo for Tommy. However, it lingered in the vaults forever; and only released in 2021 as an instrumental version on The Who Sell Out (Super Deluxe Edition Box Set). Perhaps one day...

**** This was a song intended for the Who Are You album. It began its life earlier (as She's A Witch from 1970) but John reworked it and greatly improved it. As the story goes, John played the song to other members of The Who, and Pete couldn't stop laughing. This really upset John, and the song remained in the vault until it was played to his 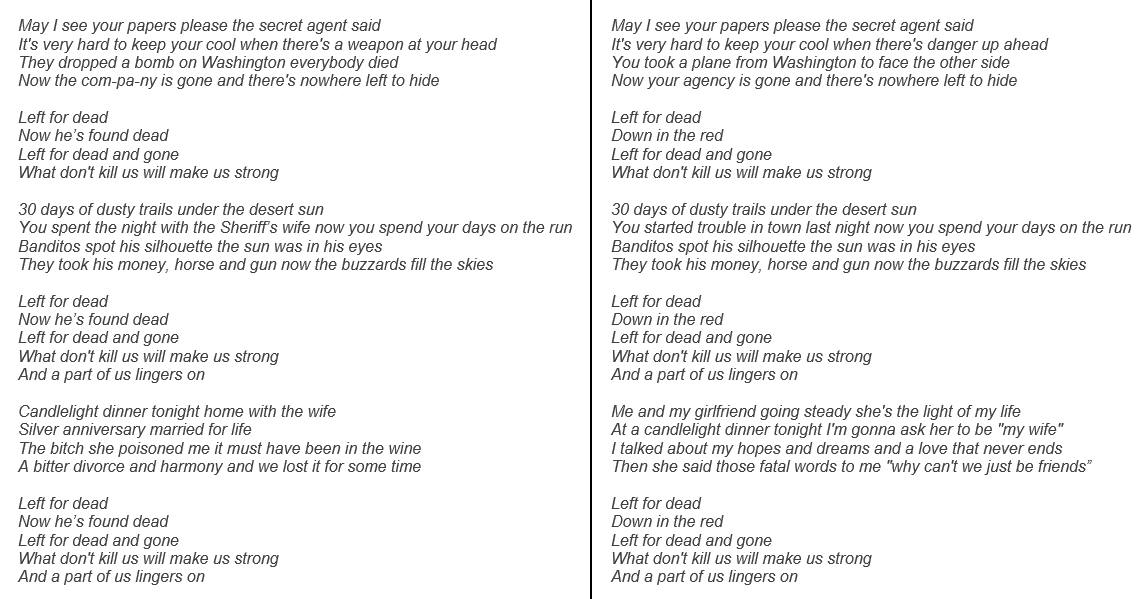 **** This is a song recorded for the Music From Van Pires album. However, as you can see the first version was a bit more... demonic. Each of the (3) three main verses have material changes, with the last one, significantly different. Perhaps a bit too heavy for a children's TV show, so the song was toned down a bit to create the 2nd version. (A great song from a really fine album.) Note: This song was co-written with band members, Alan St. Jon and Steve Luongo